In a bid to tackle the threat of food insecurity after COVID-19 crisis, Ondo State government has began sales of farm inputs to farmers at 30% subsidy.

The Senior Special Assistant to the governor on Agriculture and Agric Business, Mr. Akin Olotu made this known during a visitation to some agro-allied farm centers at the weekend.

Olotu described the present intervention support of the inputs for farmers as post-COVID-19 security strategy.

His words: “We are conscious that COVID-19 has wreak serious havoc in agriculture and we might run out food in abundance, hence the need to cushion the adverse effect of COVID-19 to guarantee food security”

He said some agro dealers have been engaged to sell and give 30% discount on everything being giving out to interested farmers who would have indicated their demand by paying to a designated bank to access the inputs.

According to him, provisions have been made on all sectors of agriculture covering feeds for the poultry and the livestock, PKC for the pig farmers, agrochemicals and fertilizers for those into arable crops, pesticides for cocoa farmers, tractors to mention just a few.

Declaring that the intervention support is a continuous exercise, Olotu said government will bring back the Federal government e-wallet system making use of ICT to distribute farm inputs to the farmers.

“We are looking at sustainable intervention and we have moved forward tremendously in this sector,” he said.

The state Chairman of Agricultural Commodity Associations (OSACA), Mr. Gbenga Obaweya declared that inputs were given to farmers as their own palliative to produce for the people and to ensure food security which will help cushion the effects of COVID-19.

He urged government to make it a regular programme to boost food production tremendously.

He said farmers have to do a lot of ridging due to unpredicted weather situation, believing that they get good level of food production during the farming season.

Representative of farm support, Mrs. Tomisin Fadiran who observed that farmers have been trying to benefit from the intervention appealed more sensitization, so that more farmers can also benefit.

The Chairman of Adofure Pig village, Pastor Olusanya Ojo who applauded government for the intervention programme, said the PKC feed was made easier for them, in spite of it’s scarcity and at a subsidized rate.

He also applauded government for the COVID-19 loan given to pig farmers during the pandemic crisis which he confirmed, added great value to their pig businesses. 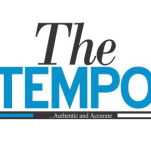 FOOD SECURITY: Nestlé, The Africa Food Prize To The Rescue